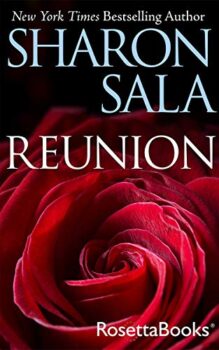 In the New York Times–bestselling author’s heart-pounding romantic thriller, a psychic and a man plagued by visions search for a killer.

A tragic accident left Gabriel Donner in a coma and his parents dead. Now that he’s awake he’s experiencing something even more traumatizing: dreams of grisly acts committed by a deranged serial killer—dreams that keep coming true.

In vivid detail Gabriel dreams of victims struck on the head and left with a single, thorn-less rose—almost as if he were the one doing the killing. He knows things about the murders that haven’t been made public, and he’s well-aware that telling the police would only implicate him in the crimes.

With nowhere left to turn and fearing for his sanity, Gabriel accepts the help of psychic Laura Dane. As they work together to decipher his visions, their relationship becomes something more. But as long as the killer is out there, no one is safe.

With twists that will shock you, Reunion is a fast-paced romantic thriller with a love story that will make you believe in the unseen.