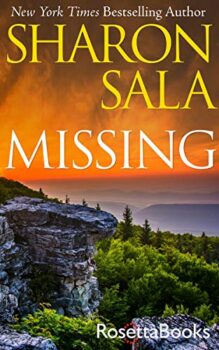 A romantic suspense novel of a woman’s fatal allure and a soldier’s mission to protect her—from the New York Times–bestselling author of Dark Water Rising.

Since her mother’s death, Ally Monroe spends her days cooking, cleaning, and caring for her father and two middle-aged brothers. Holding on to her dreams is the only way she will survive this lonely life in the mountains of West Virginia.

John Wesley Holden is a special-ops soldier stationed at Fort Benning, Georgia. Having served a horrific tour in Afghanistan, where he was captured as a prisoner of war, he now suffers from PTSD. His wife and son are his lifeline to finding happiness again. But when a suicide bomber attacks the base, killing his family, Wes loses his grip on reality. Feeling as if the enemy has followed him home, Wes walks away from his life, nearly catatonic.

Then he meets Ally… and begins to find his way back to life. But something’s not quite right in Blue Creek, West Virginia. Their neighbor is hiding a secret operation, and he’ll stop at nothing to keep Wes and Ally out of it—and to take Ally for his own.