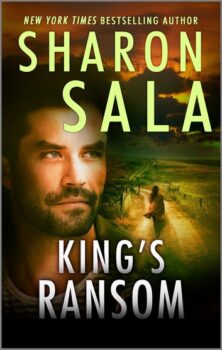 Get swept away in the action and thrills of this heart-pounding classic romantic suspense by New York Times bestselling author Sharon Sala.

The nightmare was always the same: The sudden awareness that she wasn’t alone. The odor of sweat and alcohol. The rough, ugly words. And the knife. In real life Jesse LeBeau had fought off her attacker with his own knife, but the terrifying memory remained, along with the cuts on her hands and the threat of another attack—until one day she looked up from her hospital bed and saw the dark-haired, dark-eyed cowboy who’d always been like a brother to her.

The minute King McCandless saw Jesse’s face, he decided to bring her back to Oklahoma. No way was he leaving her alone in St. Louis with a madman on the loose.

Back home on the sprawling Double M Ranch, Jesse realized that she was still in danger, just from a different direction. As much as she hated the thought, she knew she couldn’t stay much longer. She couldn’t pretend that King was her big brother anymore, because the truth was that she wanted this man—heart, body and soul.
Previously published.