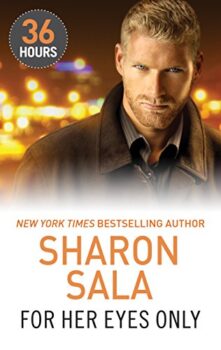 For Her Eyes Only

As a devastating summer storm hits Grand Springs, Colorado, the next thirty-six hours will change the town and its residents forever….

Jessica Hanson is plunged into darkness when the power goes out at her office the night of the storm. Stumbling in the dark, she hits her head and awakens to a sinister vision of the mayor’s murder. Was it just her imagination, or was it real? To learn the truth she’ll have to go to the one man she wanted to forget when their affair ended—Detective Stone Richardson.

Stone Richardson deals in facts. And the facts he uncovers point to Jessica being a witness to murder. That means a killer is on the loose, and Jessica is in danger. But now she’s had a vision of another death—his.

Book 4 of the 36 Hours series. Don’t miss Book 5: During the blackout, a dance with a mysterious stranger leads to romance and a fake engagement in Cinderella Story by Elizabeth August.