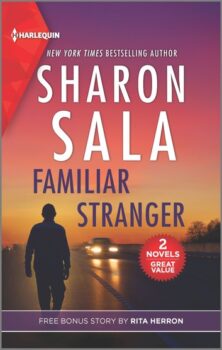 He can’t let her go this time…

Agent David Wilson is the only man Cara Justice has ever loved. The father of her child. The soldier she believes dead. Now he’s back, just as ruggedly handsome as he’d been when they’d said goodbye. Passion drives them together again, though duty tears them apart. For he has one final battle, and he’ll either fight to the death or return home a hero, ready to claim his family once and for all.

The first thing FBI agent Dylan Acevedo remembers when he sees Aspen Meadows again is their passionate week together. But Aspen has no memory of him, the murder she’d witnessed or that he could be the father of her infant son. Collecting evidence always keeps Dylan working long hours. But now he has a lot more reasons to come home. And a lot more to lose.