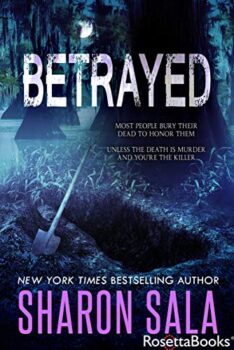 From the New York Times–bestselling author comes a gripping romantic thriller about a woman who returns to the scene of a decade-old murder.

At the age of sixteen, Logan Conway witnessed the ultimate horror, and all she could do was run away. Ten years later, Logan has returned to the Louisiana bayou to face her fears and find her brother’s murderer. But the cold-blooded killer has no intention of being found after all this time.

Alone and out of her depth, Logan knows she’s putting herself at risk by digging up the past. She can’t help being thankful when her friend Wade Garrett arrives to aid in her search. But as they get closer to unmasking the killer, Logan and Wade risk becoming two more forgotten bodies…

As hot and dangerous as the Louisiana bayou, Betrayed is a story about risking it all to do what’s right—even if it kills you.